Posted on: January 2, 2015
By: Cecilia Torres
Featured Video
Spring 2015 fashion shows are in full swing, which makes it the perfect time to take note of what’s going to be on-trend this spring. Plus, it’s always exciting to get creative new ideas for our own spring wardrobes. Here are the best trends that we’ve picked from the SS15 runways. 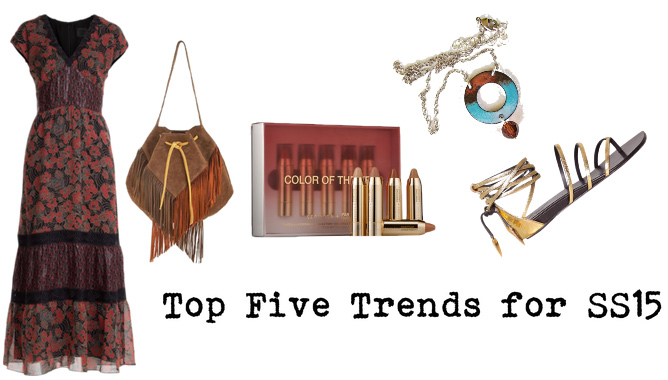 The 70’s is officially the reigning style decade for next spring. The SS15 runways were filled with various, reimagined versions of 70’s fashion- from the bohemian Emilio Pucci collection to the subtle references made by Gucci and Coach. Among the 70’s references we can expect to see in stores next year are: 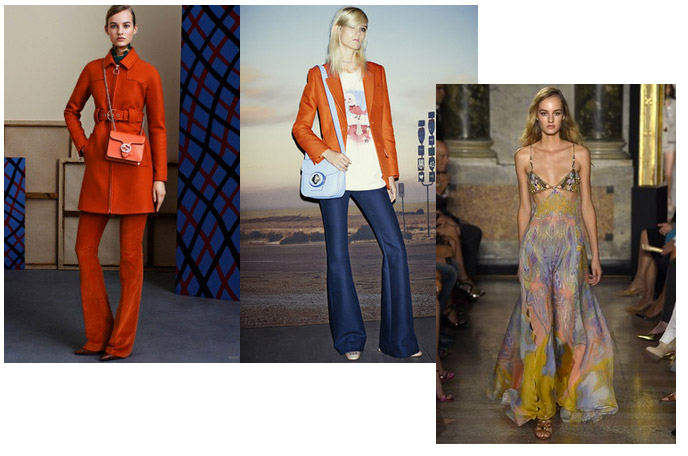 2014 was the year of sweet ballet flats, casual flatforms, and versatile mules. Unfortunately for mule-lovers, these have given way to 2015’s lace-up footwear. It’s all about straps this coming spring- from lace-up stiletto sandals to gladiator flats. If straps aren’t your cup of tea, then you can opt for feathers, fringe, or any of the other embellishments that were presented on the SS15 runways. The classic power pump was also given a fresh look for spring through color blocking. 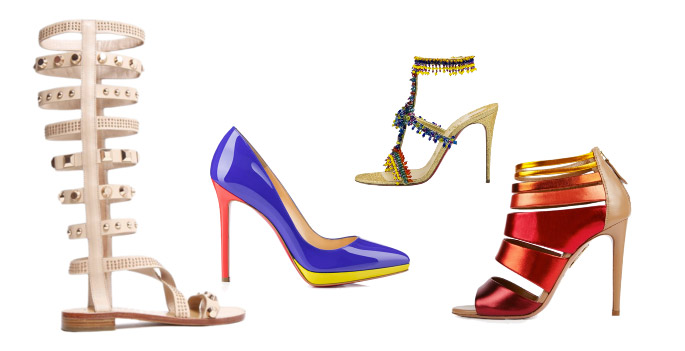 Spring 2015 runways also showed us some very interesting trends in accessories. While 2014 was all about metal, this year brought a more diverse mix of materials to the runway. Last year’s chains and padlocks were replaced with dreamcatchers, woven leather, and PVC. Spring 2015 also marks the return of oversized pendants and earrings- like those featured in the collections of Giambattista Valli and Jean Paul Gaultier. 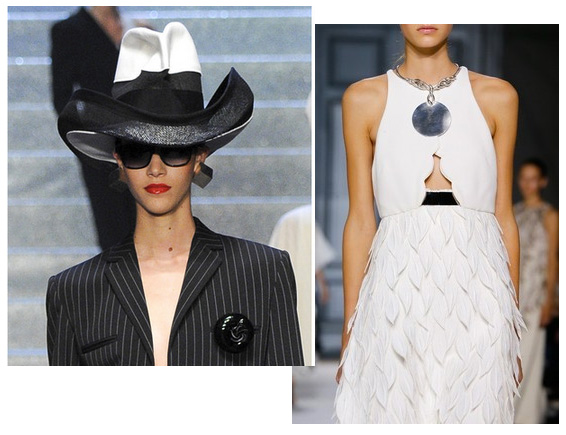 After Pantone announced that Marsala would be 2015’s Color of the Year, its many shades began appearing all over the SS15 runways and was even seen in the models’ makeup. 2014’s purple gave way to burgundies, plums, and brick reds. Next spring, bright orange lipsticks will be replaced by darker berry shades. For eyes, the key word is drama. On the runway, dark liner was the star of the show. This can either be worn in thick lines all around the eyes or with a bright eyeshadow to create a dramatic contrast. Other standout beauty looks feature a dark brown shadow with copper highlights for a smoky look and a plum shadow paired with a light lip. 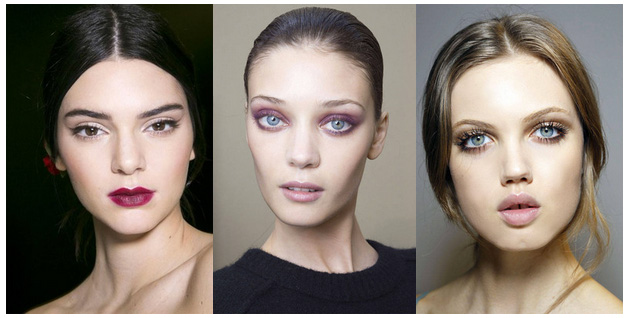 Fuss-free perfectly describes next spring’s on-trend hairstyles. From bohemian loose waves to messy sideswept braids- effortless looks took over the runways for Spring 2015. Braided updos and big buns are dressier options. The teased, half-up hairstyle also appeared on the runway for American brand, Veronica Beard. This nod to the 70’s, however, was reinvented for the contemporary fashionista by blowing it out into loose waves.

FASHION FOR INDEPENDENT WOMEN BY MELISSA ARAUJO
THE SECRET LOCATION: AN INTERVIEW WITH FOUNDER, CAREY MELNICHUK
Diane Von Furstenberg Summer 17 Collection
LARGEST COLLECTION OF COLOURED GEMSTONES FROM AROUND THE WORLD TO BE SHOWCASED AT BONHAMS HONG KONG AS PART OF ITS RARE JEWELS AND JADEITE SALE
Do you have a Fashion story idea or tip? Email us at submissions@fashionone.com.