Mar 31
2
Starting Texts She’s Got to React To

Did Rihanna Get Eaten by a Shark?!

Are sharks 2015’s next big thing? Katy Perry had Left (and Right) shark during the Super Bowl, so why not RiRi? Rihanna made Perry’s efforts seem laughable, however, with three very real, man-eating sharks. For what, you ask? Fashion, of course!

For Harper’s Bazaar’s March 2015 issue, the style icon starred in a photoshoot with Florida Aquarium’s resident sand tiger sharks. The shoot took place in December, and had Rihanna swimming in various designer swimsuits in the shark tank. Who worries about giant predators when they’re wearing Chanel, right? The stunning underwater spread also celebrates the 40-year anniversary of the iconic film, Jaws. 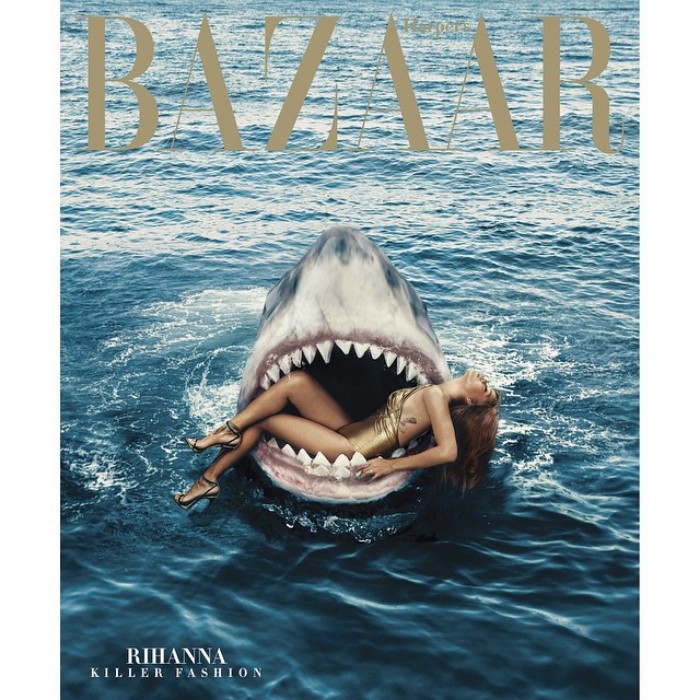 
It’s only fitting that Rihanna was chosen to pay homage to the movie. She proclaimed director Steven Spielberg as her childhood hero in an interview with Harper’s Bazaar. Although she admitted that the Jaws movies scared her away from the water as a child, she still couldn’t help but watch all of them. It seems that Rihanna has had a lot of practice facing her fears since childhood.

“I think I'm like most people—we fear the unknown and the things that have yet to come to pass, which are the very things that don't deserve to be feared. When you give God complete control, it's very hard not to be fearless,” says Rihanna. 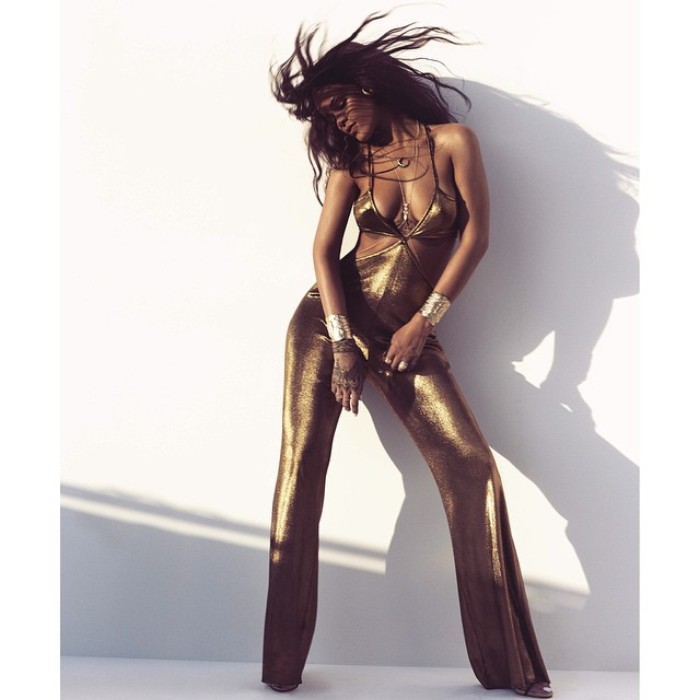 
Apart from, swimming with sharks, Rihanna also shows her fearlessness on the red carpet. She actually considers the headline-making Adam Selman gown she wore at the 2014 CFDA Awards as one of her favorites. When asked whether she set a limit as to what she would wear in public, our favorite badgal replied, “I don't like to commit to those kind of rules. You never know.” That’s why we love you, RiRi!
Cecilia  Torres
Number of Posts: 142

Rihanna Continues Industry Takeover with Her Own Fashion Line

Chanel to Open Day Spa at the Ritz in Paris
Do you have a Fashion story idea or tip? Email us at submissions@fashionone.com.