Design with a difference: Parsons school comes to Paris

Posted on: January 7, 2013
By: Fashion One
Featured Video
From Marc Jacobs to Alexander Wang, star alumni of New York's Parsons design school have long made inroads in Paris.

But now the faculty is going a step further, opening a full-fledged branch in the world capital of fashion.

Many of the industry's most sought-after names learned the ropes at Parsons The New School for Design, from Tom Ford to Proenza Schouler's Lazaro Hernandez and Jack McCollough, Jacobs or Wang, newly named at the house of Balenciaga.

Joel Towers, Executive Dean of Parsons, says the school learned how to use New York city as a "laboratory", and hopes to achieve the same in Paris, picked as a European hub of art, craft and heritage.

Paris is destined to become one of a network of teaching hubs, with Parsons programmes in the pipeline for Mumbai, Shanghai, and Latin America, allowing an international student corps to draw on the resources of each.

"We are not just running after where the money is -- we are not going to Qatar and Abu Dhabi," said Tim Marshall, Provost of the New School university to which Parsons belongs.

"These are global cities, cities that make sense as a comparative set."

"It's also about the movement of ideas," added Towers.

The century-old New York school first set up shop in Paris in 1921, but ties with its French offshoot dwindled over time to little more than a licensing deal, now expired.

"We want a much more embedded school, integrated into the local culture, that is drawing on the real design talent here," explained Marshall.

"We are all trying to find the right balance between heritage and innovation, and between local and global," added Renaud Dutreil, a former French government minister and member of the Parsons board.

From the old-school artisans in Louis Vuitton's historic workshops, to the luxury brand's current, thought-provoking designer Jacobs, Paris encapsulates two ends of that spectrum in design terms, he said.

From September, Parsons Paris will welcome 150 students to its new premises a stone's throw from the Louvre, delivering US undergraduate and graduate degrees in fashion design, design management or history of the decorative arts.

Tie-ups are in the works with France's ENSAD school of decorative arts, with the IFM fashion institute, HEC business school, Sciences Po and the Musee des Arts Decoratifs, as well as with both the LVMH and PPR luxury giants.

Parsons prides itself on offering a fluid, broad-based curriculum, drawing on its position as part of the New School to train its students in the social sciences as well as pure design.

"You have to have a minimum of broader skills and knowledge base to function as a designer in the 21st century," said Towers. "Our students are much more literate as a generation around environmental questions, science and social science, than 10 or 20 years ago."

Today's fashion designers, for instance, will inevitably be confronted with issues such as resource limitations, greenhouse-gas production as a result of the vast movement of materials, or ethics in manufacturing.

"These are pieces that need to be in your toolkit."

By way of example, Marshall cites the case of a Parsons' student who recently supplied a dress to Lady Gaga: she holds a masters in psychology, a PhD in public health and a masters in fashion.

"She is from Chile and working on women's rights, and her clothes are completely about that," he said. "You didn't see that terribly often before, somebody like that moving into fashion."

Looking beyond fashion, the scope of contemporary design has widened considerably as the discipline is turned to as a way of engaging with issues -- rather than producing artefacts.

"Through design you can deal with all kind of issues, environment, sociology, culture, diversity, immigration, industry, job creation -- everything today has a design dimension," said Dutreil.

"A design team can include a business management person, some ethnographers and engineers as well as designers," Marshall added.

As it does in New York, the school -- which is a private non-profit entity -- will plough one third of tuition fees back into scholarship programmes, and says it will fundraise to improve access to poorer students in Paris.

"It's the right thing to do -- but its also about self-interest," said Towers. "When everybody looks the same, has the same background and experiences, you don't get innovation." 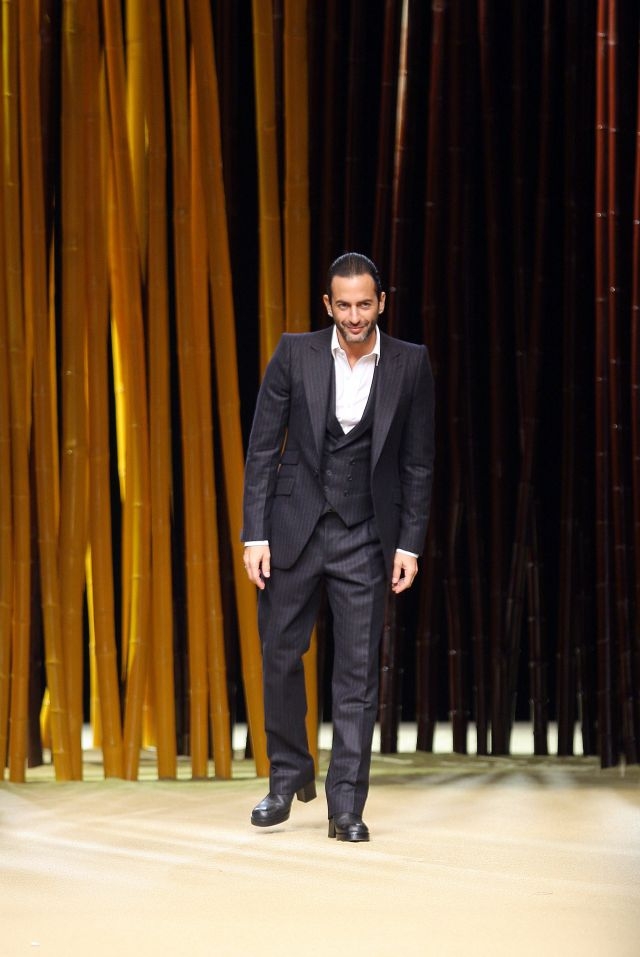