Posted on: October 3, 2013
By: Fashion One
Featured Video
The lightness and the colours of the sky inspired Yoshiyuki Miyamae, artistic director of Issey Miyake Women's line. Yoshiyuki Miyamae was inspired by the sky, its colours and by the idea of lightness, which are essential elements for the designer. Iridescent materials are perforated and wrap around the body like a cocoon. The silhouette is clean, guided by hybrid textiles combining natural and technical fibres. At Issey Miyake, materials predefine the shapes; stretchy fibres applied in certain places on the clothes spawn three-dimensional volumes. Overcoats, jackets and skirts, with a hint of leather evoke a starry sky, while outfits of chequered knitwear represent the moonlight, creating such a poetic vision, as explained by the young designer backstage. This is a show with music coming from video screens that an artist operates with his fingertips. And let's not forget the origami effects employed for his immaculate white suits and the layered tunics with a colourful base...We leave the show feeling peaceful and light.

Yoshiyuki Miyamae: I called it "hybrid", I used new machines and new materials to create something new and my inspiration came from light which has two meanings; firstly, it comes from the sky, starlight, moonlight and sunlight but it is also weightless, it's not heavy and so we used many light fabrics and materials. We used a new puncturing technique which was done by a computer programme which cut the material and it's very soft and looks very metallic. This is a 3D fabric; it's very soft but it's thin and light and transparent like if you image the sky and a sunrise or a sunset, my collection is like that. 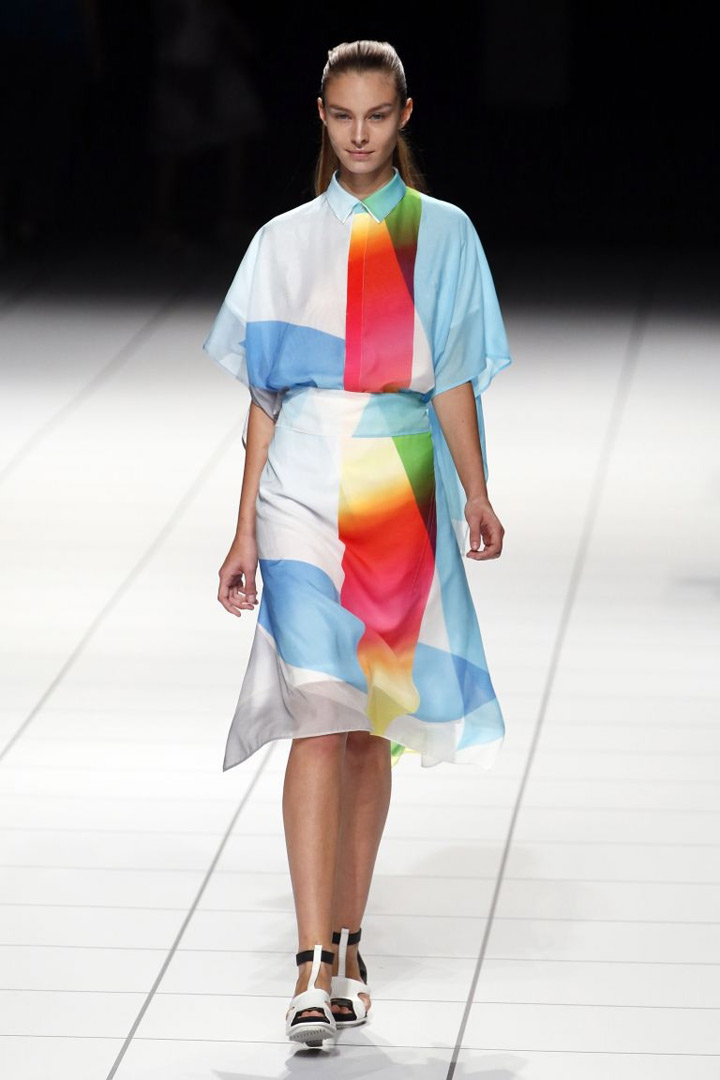