“It is with great sadness that I announce the death of my mother, Joan Rivers. She passed peacefully at 1:17 PM surrounded by family and close friends,” Melissa Rivers said. “My son and I would like to thank the doctors, nurses and staff of Mount Sinai hospital for the amazing care they provided for my mother. Cooper and I have found ourselves humbled by the outpouring of love, support and prayers we have received from around the world. They have been heard and appreciated. My mother's greatest joy in life was to make people laugh. Although that is difficult to do right now, I know her final wish would be that we return to laughing soon.”

During a surgery on her vocal cords at another clinic on August 28, Rivers suffered cardiac arrest during the procedure and was transferred to New York's Mount Sinai Hospital immediately. For several days, Rivers' condition fluctuated and she was kept on life support since Tuesday. On Wednesday Rivers was moved out of intensive care and “kept comfortable” in a private room.

Rivers, who paved the way for female comediennes worldwide, was born in New York in 1933 and graduated with a bachelor's degree in English literature and anthropology. Before starting her showbiz career, she worked as a tour guide, writer and fashion consultant. In the 1960s Rivers made first appearances in comedy clubs and had her TV debut on “The Tonight Show” with Johnny Carson, where her career picked up speed.

With her snappy one-liners, a raspy voice and a distinctive New York accent, Rivers soon was a well-known face in the TV world. For more than half a century she did not only make people laugh, but also worked as a director, TV host and actress.

Since the 1990s Rivers gained huge popularity as fashion commentator for E! Channel. In recent years, she became especially famous for the notorious show “Fashion Police”, where she funnily criticized celebrities' wardrobe. 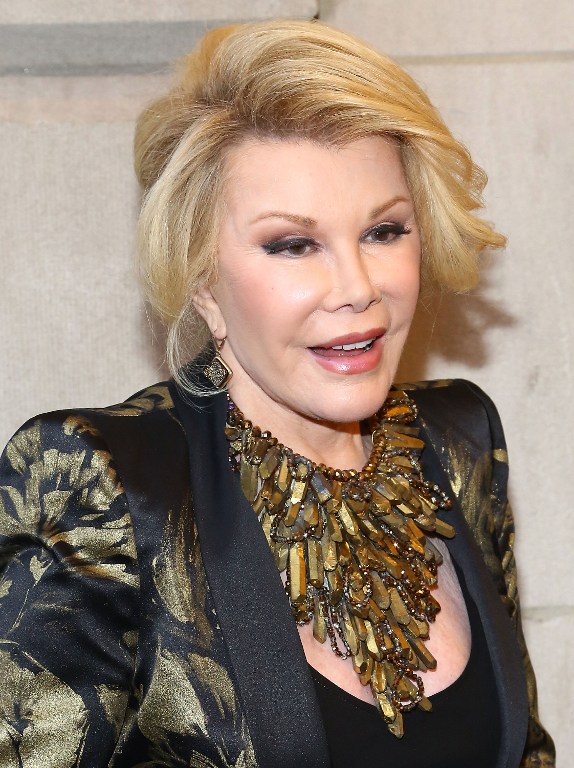