Take A Selfless #Selfie To Stop Hunger with Michael Kors

Posted on: October 20, 2014
By: Fashion One
Featured Video
Michael Kors and Halle Berry partnered on a major initiative for World Food Day, announcing that he (Michael Kors) will personally donate 100 meals to children in need for each person who posts a photograph wearing his Watch Hunger Stop T-shirt on any social media platform using the hashtag #WatchHungerStop.

On an interview with CNN, Halle Berry said, "When Michael asked me to join him in this campaign to Watch Hunger Stop, it felt like the right thing to do. It’s a cause I care about and I felt I could make a difference,” says Berry.

The Academy Award-winning actress first partnered with Kors in 2013, when he launched Watch Hunger Stop. Berry was instrumental in introducing the new rose gold-tone limited-edition 100 Series watch, specially designed by Kors to support WFP this October. For each 100 Series watch sold, 100 children in a hunger-stricken area receive a nutritious meal.* To date, Watch Hunger Stop has helped WFP deliver more than five million meals to children in need through its school meals program.

*For every 100 Series watch sold, Michael Kors will donate US $25 to WFP. Please note that the WFP does not endorse any products or services.

About Michael Kors
Michael Kors is a world-renowned, award-winning designer of luxury accessories and ready-to-wear. His namesake company, established in 1981, currently produces a range of products through his Michael Kors and MICHAEL Michael Kors labels, including accessories, footwear, watches, jewelry, men’s and women’s ready-to-wear, and a full line of fragrance products. Michael Kors stores are operated, either directly or through licensing partners, in some of the most prestigious cities in the world, including New York, Beverly Hills, Chicago, London, Milan, Paris, Munich, Istanbul, Dubai, Seoul, Tokyo and Hong Kong.

About The World Food Programme
WFP is the world's largest humanitarian agency fighting hunger worldwide, delivering food in emergencies and working with communities to build resilience. In 2013, WFP assisted more than 80 million people in 75 countries. 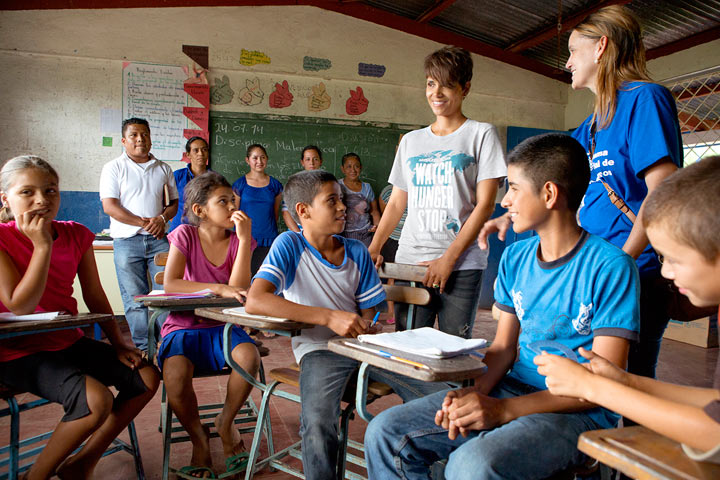