Posted on: November 1, 2014
By: Fashion One
Featured Video
The Italian fashion house known for its close ties to equestrian sports is sponsoring the sixth Gucci Paris Masters, the international show jumping event set to take place in December. To mark the occasion, Gucci has released a special edition foulard.

Created by Gucci creative director Frida Giannini, the red, green and white foulard shows a horse and a pattern with the brand's iconic Web stripe, which is inspired by the canvas girth strap used to hold saddles in place. Both symbols pay homage to Gucci's equestrian heritage and are also found in the logo for this year's event. The design was first created by hand using a special watercolor technique, before being hand screen-printed on silk twill to create each foulard. 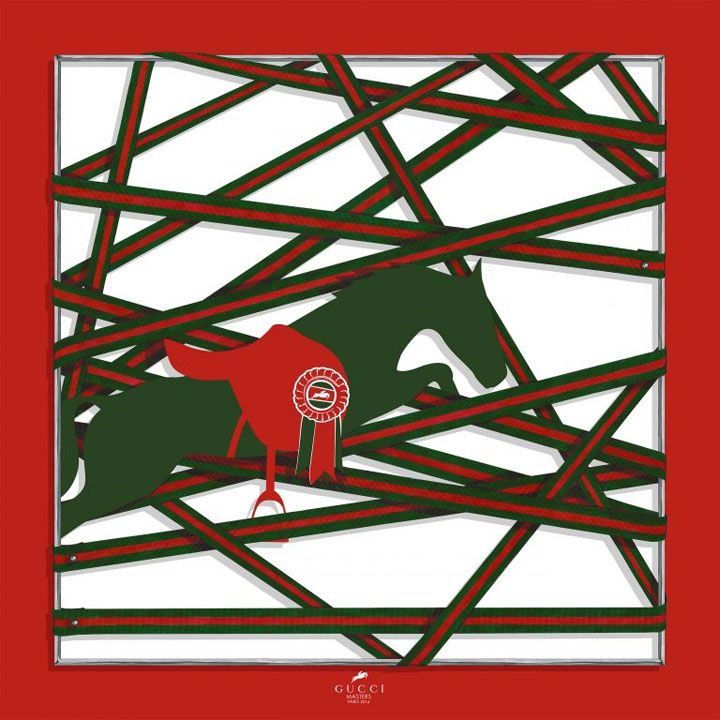