1
Ask Dr. NerdLove: Just How Do I Locate A friend With Pros?

By: Cecilia Torres
Ask Dr. NerdLove: Just How Do I Locate A friend...

By: Cecilia Torres
The Middle East Shows It’s Prepared For Internet Dating By...

By: Cecilia Torres
The 7 sex moves that are best to test along...

By: Cecilia Torres
Just how to compose the dating that is best Profile... 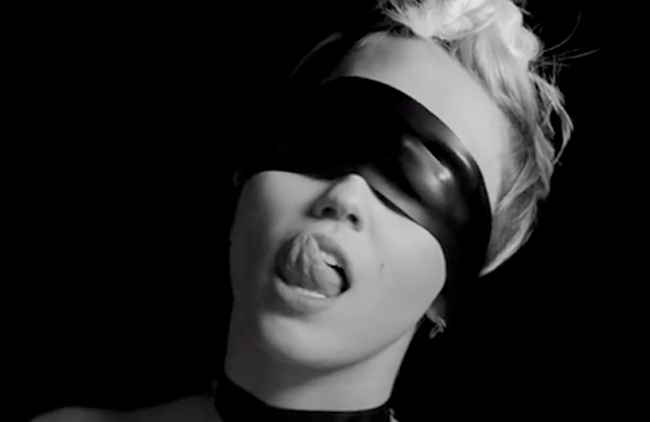 It appears the internet jumped the gun with this rumor, however, as a spokesperson for the ‘Wrecking Ball’ singer has denied submitting the video. According to Page Six, the spokesperson said “Miley was proud to make a film with acclaimed filmmaker Quentin Jones. She did not instigate this festival submission and is not participating in any way.” It appears that the organizers of the film festival, which is scheduled to take place in Brooklyn from February 7 to March 1, misappropriated Miley’s film for publicity. As per the singer’s request, the film festival and affiliates have removed ‘Tongue-Tied’ from their schedule. Watch the viral video below:

Between ‘Fifty Shades of Grey’ bringing bondage and S&M to the mainstream and the Kardashians baring it all for high fashion, the lines between sex, fashion, and art seem to be increasingly blurred. One thing is for sure, though. Despite all the bad rap Miley’s been getting about her video, it pushes the boundaries and is undeniably artistic––whether you think it’s pornographic or not.