Posted on: March 21, 2015
By: Stephanie Park
Featured Video
The trailer for Paper Towns has just been released, and Cara Delevingne is smoldering. Paper Towns is the latest novel by John Green––author of The Fault in Our Stars––to be turned into a film, but don’t be fooled by the name or reputation. Paper Towns is more than Green’s teenage love story, and is full of calculated revenge and mystery worthy of last year’s box office hit Gone Girl. 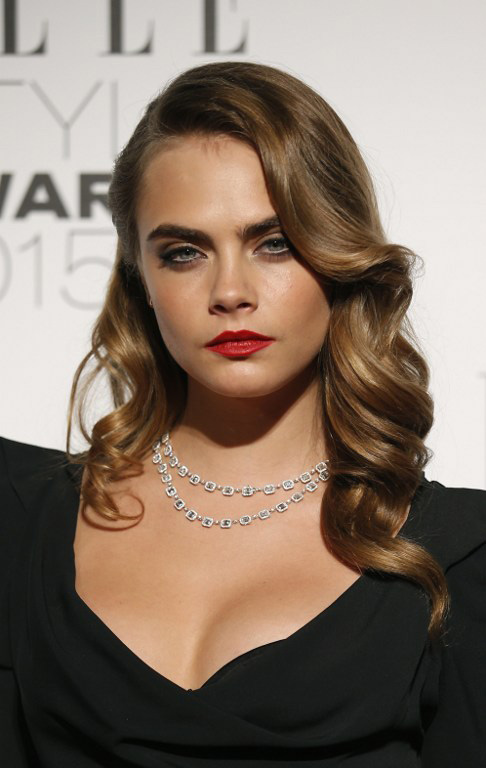 Cara Delevingne stars as the lead role Margo, and finds herself at the center of all of the drama. In the newly released trailer, Cara is seen breaking into houses, saran wrapping cars, and perhaps most importantly, sharing a hot kiss with co-star Nat Wolff.

Cara breaks into Nat’s bedroom and steals his heart and a kiss. Cara’s character Margo is unattainable, while Nat’s character Quentin hopelessly pines after her. According to Vanity Fair, however, this film, “isn’t a simple case of ‘popular girl finally notices ordinary boy.’ Paper Towns has carefully plotted revenge and a mysterious disappearance at the center of it.” Watch the trailer below:

Nat previously starred in the film adaptation of The Fault in Our Stars, and Cara recently starred in The Face of an Angel and is set to star in many other films this year including Suicide Squad. Paper Towns will premiere on July 24.

Did SJP Just Confirm a New ‘Sex and the City’ Movie?!

Kendall Jenner, Cara Delevingne, and More Protest Selfie Ban at the Met
Do you have a Fashion story idea or tip? Email us at submissions@fashionone.com.