Posted on: April 11, 2015
By: Stephanie Park
Featured Video
Madonna’s much anticipated video for “Ghosttown” off of her new album Rebel Heart has just been released and its as dramatic as we expected. The 56-year-old singer appears in victorian, rock ‘n’ roll inspired outfits in a post-apocalyptic wasteland. Think top hats, military capes, and leather knee high boots similar to the outfit she wore on stage with Taylor Swift at the iHeartRadio Music Awards. 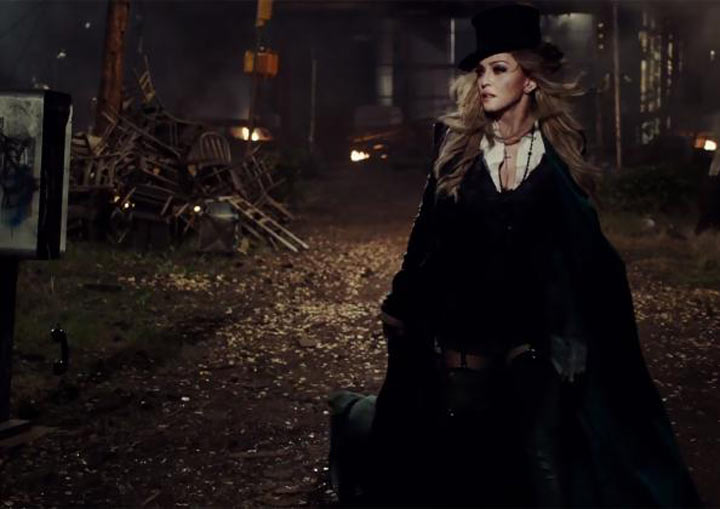 Over the top costumes and a catchy soundtrack are a recipe for a great music video, but no Madonna vid would be complete without a love story thrown in. Terrence Howard stars in “Ghosttown” alongside the age-defying star as one of the last survivors of the apocalypse and Madonna’s love interest. Watch the music video below:

`Madonna tangos and embraces Terrence and the two post-apocalyptic lovers pick up a child along the way. The video ends with the survivors walking into the smog filled sunset as happy as post-apocalyptic citizens can be.

FASHION FOR INDEPENDENT WOMEN BY MELISSA ARAUJO
THE SECRET LOCATION: AN INTERVIEW WITH FOUNDER, CAREY MELNICHUK
Madonna Wears Custom VIKTOR&ROLF HAUTE COUTURE
Work in Progress by PORTS 61
Do you have a Fashion story idea or tip? Email us at submissions@fashionone.com.