Justin Bieber Dreamy on the Cover of Hero Magazine

Posted on: April 27, 2015
By: Stephanie Park
Featured Video
Justin Bieber is trading in his badass aesthetic for a more angelic one, if only temporarily. The 21-year-old is on this month’s cover of Hero magazine and looks absolutely dreamy. No sign of the young man who got put in a chokehold at Coachella or egged his neighbor’s house here. 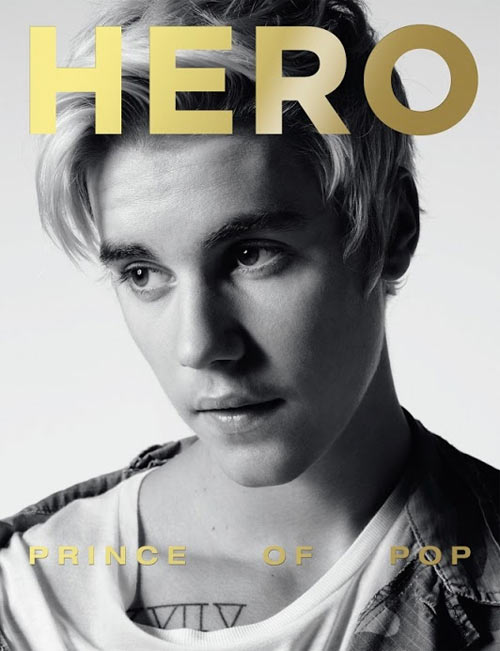 The “Prince of Pop”––as dubbed by the magazine––was shot in black and white by Saint Laurent’s creative director Hedi Slimane. The photo is almost nostalgic of Bieber’s “Baby” days with only one of his countless tattoos visible in the photo.

Bieber gazes off into the distance (thinking about Selena, perhaps?) and looks positively angelic. According to Hero, the cover story will reveal the singer’s “new-found passion for writing as a release, and his nerves about putting out a new album under the world’s watchful gaze.”

Selena Gomez Strips Down for Mario Testino
Do you have a Fashion story idea or tip? Email us at submissions@fashionone.com.