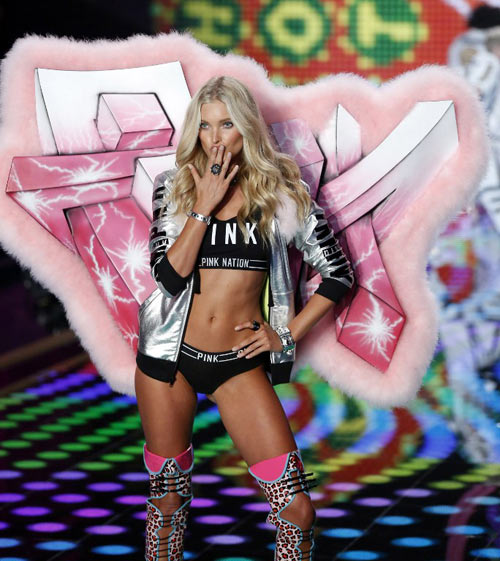 
While some may have doubted Hosk’s ability to wear the coveted wings after the Ariana incident, the lingerie brand has decided to look past the accidental wing slap. Hosk’s IMG modeling profile now reads, “She served as a brand ambassador for [Victoria’s Secret’s] Pink line for two consecutive years, and recently received the company’s prestigious ‘Contract Angel’ title.”

Image via Us Magazine